I've been talking about the 10k series for a little while: the idea of publishing a series of shorter ebooks, each showcasing fine work whether an essay, mini novella, piece of memoir or, as in the inaugural edition by Sue Wootton, a collection of stories. Here's the cover for the series, give or take a tweak or two, designed by the stellar Caroline Jackson. 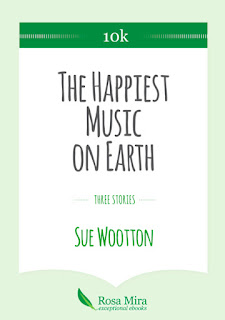